This month Ripple Science will present their story and give us an update since they initially presented in November 2016 as NEF Showcase Presenter. They recently completed a fund raising round of $2.5 Million. 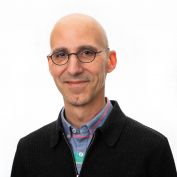 Peter lives in Detroit and is the CEO of Ripple Science.  He is a native of Michigan and a graduate of the University of Michigan Ross School of Business.  Prior to moving back to Detroit in 2017, Peter spent 20 years managing life science companies in San Francisco and Silicon Valley and 10 years learning, living, and working in Ja

2019 ENTREPRENEUR OF THE YEAR 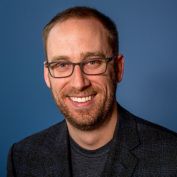 Danny is the CEO and Co-Founder of SkySpecs, an Ann Arbor-based company that optimizes the operations and maintenance of wind farms through automated robotics, data analytics, and predictive maintenance software. He is a two-time graduate of the University of Michigan with a BSE and MSE in Aerospace Engineering. Danny is a Techstars alum, Forbes “30 under 30” honoree, and Endeavor entrepreneur. Outside of work, Danny enjoys golfing, live music, board games, and spending time with his wife Kelley and daughter Olivia. 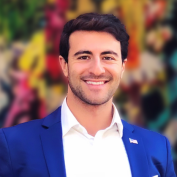 Fares Ksebati is the Co-Founder and CEO of MySwimPro, a global technology and media company that creates fitness apps that help people improve their performance and health. Most recently, he was selected for the Forbes 30 Under 30 List for 2020 in Consumer Technology. MySwimPro is the top training app for swimmers in 180+ countries with over one million members. MySwimPro has received international accolades being named the Best App of the Year by Apple in 2016 across all App categories for the Apple Watch and featured in Sports Illustrated. The company has global partners and an international investor base that spans 36 countries.

Fares initially presented in March 2017 as the NEF Showcase Presenter.

Here are the contenders for the 2019 Showcase presenter awards. They worked hard. They all deserve congratulations on their presentations, but only three will be taking home an award for their outstanding efforts. Guess which 2019 NEF Showcase Presenters will take home pitch awards for Best Presentation, Best Technology and Best Business Model?

The winners’ names remain secret until show time, even they do not know which award they have won.

Mark your calendar. The meeting opens at 5:00 pm with networking and appetizers. Around 5:45 pm, the program portion of the meeting begins with an introduction from our President including upcoming entrepreneurial events and past NEF Showcase Presenter news. The program continues with our featured Showcase Presenter(s) who are graduates of the NEF coaching process. Depending on the month or otherwise noted, the program includes the engaging NEF Pitch Pit or intriguing topic and panel. The program typically finishes at 7:15 pm with more networking afterwards. Please feel welcome to join us. 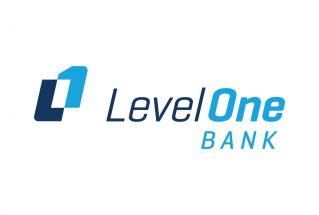